The greatest celebrities I’ve ever met

Celebrity has been with us for about 30 years now and it’s gone from strength to strength. From the very first famous person, helicopter pilot Jan-Michael Vincent, to bleached female cyborg Yazz, through the glory days of diminutive real-life wizard Harold Potter, celebrity has brought us many minutes of enjoyment.

There’s nothing more exciting than meeting a celebrity. I mean it’s way better than getting married, or becoming a parent, or running a marathon, or successfully pulling off a bank heist. It’s simply great.

And in my four decades plus, I have met my fair share of celebrities.

Now I’m not talking about planned engagements like my sit-down interviews with Irish laugh manufacturer Ed Byrne or the sadly-deceased former Minister Seamus Brennan. And I’m not talking about my incidental brush on a staircase with INXS or a casual “hello” on Dame Street with satirical comedian Hugh Dennis.

I’m talking about unexpected meetings with celebrity, rendezvous that were not foreseen and therefore left me little time to plan my palaver in advance.

So what is a “famous” person?

Famous people are defined as “someone what’s been on the TV or the radio or in the newspaper but not for reasons of murder or stealing or advertising of the Subway Diet”.

So without further ado, here are my top five unexpected brushes with celebrity. 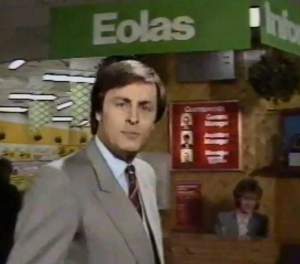 Who was it!? Maurice Pratt

Who? The most famous marketing director of 1980s supermarket chain, Quinnsworth.

How’d you meet him? They wheeled him in to our school to do presentations on sports day. He presented me with tennis medals I’d won earlier on in my career (1984 and 1985).

What do you remember? I still remember his marketing director-like professionalism as he shook my hand. I was, of course, blown away by meeting a celebrity like him at such a young age. He offered me a sweet deal on those fat pens with four different coloured inks too. 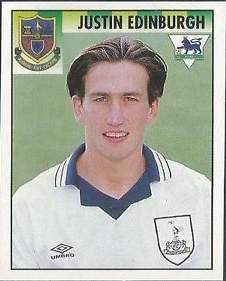 Who was it!? Justin Edinburgh

Who? Tottenham’s floppy-haired full back from yesteryear.

How’d you meet him? I was sitting in the crowd at a Tottenham pre-season friendly in Drogheda and he was in the row ahead of me.

What do you remember? I reached over and in my most polite voice asked him to sign my program. He did so while chewing gum in a manner than only cocky Grange Hill characters used to be able to. So Justin can write and chew gum at the same time. I lost the program but I remember his signature being quite dramatic and among the most impressive I’d witnessed at that time.

Here’s Justin getting sent off in a cup final for bitch-slapping a girl. 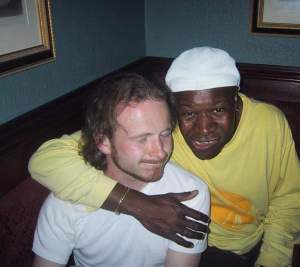 Who was it!? Richie Moran

Who? Former footballer who played fleetingly for third division Birmingham City in 1990.

How’d you meet him? Through mutual friends in an English bar in Christchurch, New Zealand.

What do you remember? Having a great booze up with him. Well, until he shoved a short Scottish guy off a tall stool for addressing him as “boy”. Given Richie’s documented recounting of the racism he encountered as a player, perhaps it’s understandable why he took this Scottish colloquialism the wrong way. Richie regaled us with tales about Lou Macari and John Barnes and it was a lot of fun.  He subsequently wrote a book about his travels but I did not read it so I don’t know if he mentioned me. Probably not. 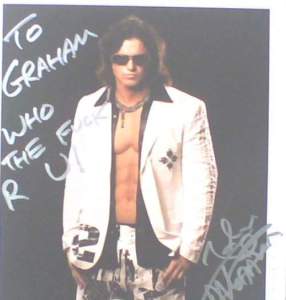 Who was it!? The Miz and John Morrison

Who? Only one of the hottest acts of the day in WWE sports entertainment.

How’d you meet them? Well I had to hang out drinking with the WWE head of security for six hours in a Stuttgart hotel bar.

What do you remember? Morrison and The Miz strutted in to the hotel lobby at about 4am, excitedly rambling on and on to their security guy, before Morrison stops mid sentence, points at me and says “Wait. Who the fuck are you?”. He then proceeded to offer me a signed photo before the pair made their way to the elevators to pack for their 6am flight. 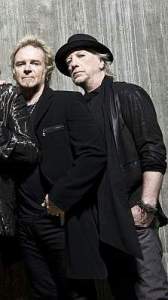 Who was it!? Brad Whitford and Joey Kramer

Who? Two thirds of the under-appreciated part of Aerosmith.

How’d you meet them? A friend in the know brought us to the London hotel where the band were staying ahead of their 2008 Hyde Park gig.

What do you remember? We met the rock veterans at the top of a staircase. Brad was very nice, chatting to our friends young daughter and making her day/year/decade. I tried to engage Joey in a cute story about how they were playing a few miles from my Dublin home next week but even though I could hear them from my bedroom I still bought a ticket. He looked at me stony faced and refused to shake my outstretched hand.

Since all celebrities are brilliant, my assumption is that this was not actually the real Joey. 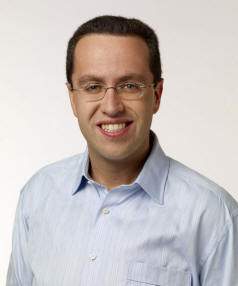 I have plenty of time to meet more celebrities. If you are famous and would like to go for a pint, let me know. Not you, Jared.

What I said recently

What I said before